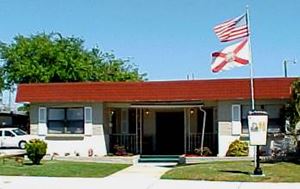 Zora died on January 28, 1960, and funeral services were conducted on February 7 at the Percy S. Peek Funeral Home, since renamed Sarah's Memorial Chapel. Zora was buried at Genesee Memorial Gardens Cemetery (Garden of Heavenly Rest, Heritage Trail Marker #4). Reverend W.A. Jennings, who delivered the eulogy at Zora's funeral, disagreed with the press in its statement that Miss Hurston died penniless. "Oh, no! She died rich, as her various contributions will live on after she is gone."

Mrs. Margaret Paige, Administrative Assistant and head of the business department at Lincoln Park Academy, came forward with a plan which raised well over $600 to give author Zora Neale Hurston one of the nicest funerals ever in the St. Lucie County area. Through Mrs. Paige's effort, the money for funeral expenses came out of the blue, because friends everywhere hastily came to Zora's rescue: book publishers, school personnel, businessmen and women, and many donors from the everyday rank and file...The Chronicle, "Final Rites Sunday for Author Zora Neale Hurston at Peek's," February 12, 1960. 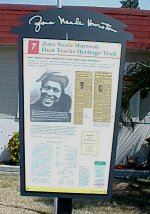 Following the paragraph is Zora's obituary as printed in the original funeral program. However, two items are factually incorrect. Zora Neale Hurston was actually born in Notasulga, Alabama, on January 15, 1891. Her family moved to Eatonville, Florida, in 1892. Zora's childhood was spent in Eatonville and her early experiences there resulted in lifelong influences on her research and writing. The Rosenwald Foundation fellowship was granted in 1935, not 1953.

"Zora Neale Hurston was born in Eatonville, Florida, the first incorporated Negro town in America. She attended Morgan College, Howard University, and Barnard College, receiving her degree from the latter. She received a fellowship from the Rosenwald Foundation in 1953, and Guggenheim Fellowships in 1936 and 1938."

"Miss Hurston was one of America's foremost women authors. Her short stories and articles have appeared in Opportunity, Story, Ebony and Topaz, and the Saturday Evening Post. Her works, which were largely from folk sources, include Mules and Men, Jonah's Gourd Vine, and Their Eyes Were Watching God."

"She has worked in many capacities. At one time she was amanuensis for Fannie Hurst, noted novelist. She served as drama coach at North Carolina College for Negroes; as a principal speaker at the annual Boston Book Fair; as a librarian in the Library of Congress and at Patrick Air Force Base, Cocoa, Florida; and as a substitute teacher at Lincoln Park Academy, Fort Pierce, Florida."

"Her personal life was as the fragrance of a beautiful rose, and her influence will ever live in whatever places she has resided. She was quiet in her manner and pleasant toward everyone. To use her own words: 'I love courage in every form. I worship strength. I dislike insincerity, and most particularly when it vaunts itself to cover up cowardice. Pessimists and grouches, and sycophants I do despise."

"This gathering today is evidence of the deep friendships formed by the deceased during a relatively short space of time."

"Large was [her] bounty, and [her] soul sincere.

Heaven did a recompense as largely send;

[She] gained from Heaven ['twas all [she] wished] a friend." 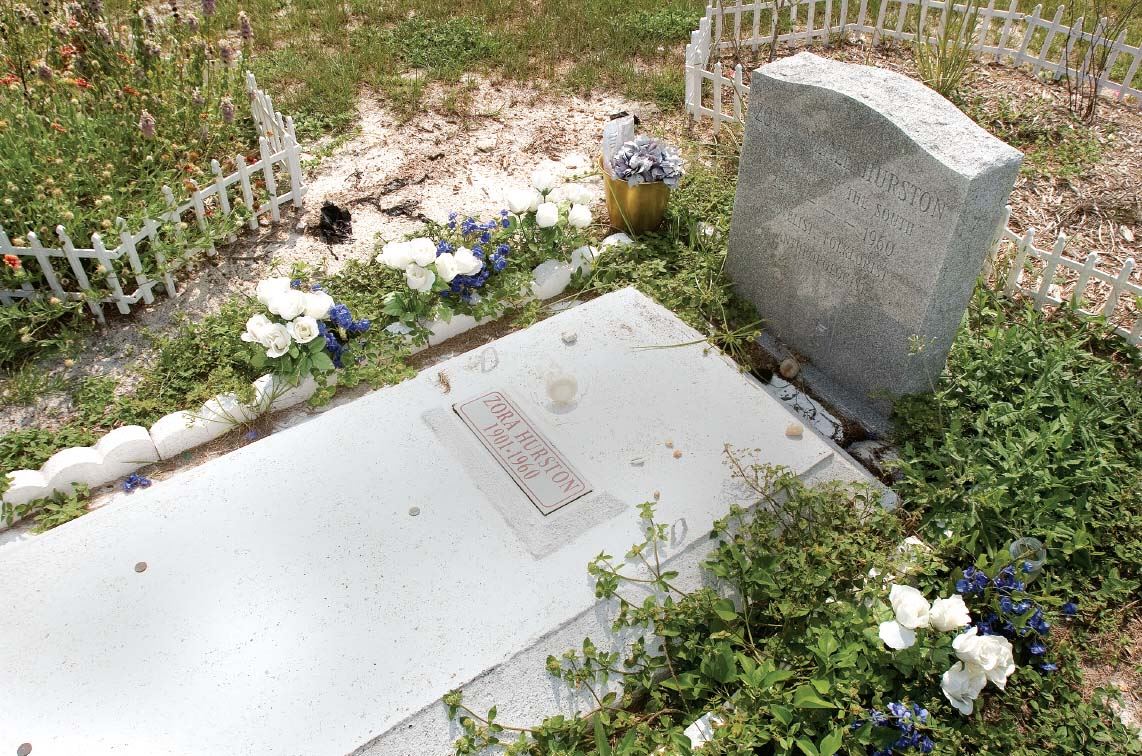 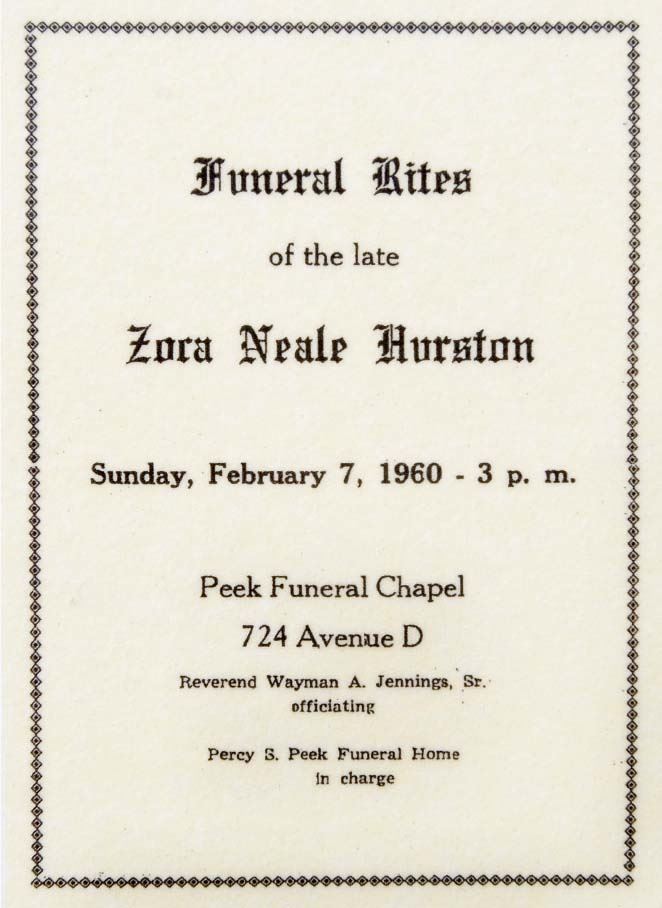